9 After he said this, he was taken up before their very eyes, and a cloud hid him from their sight.
10 They were looking intently up into the sky as he was going, when suddenly two men dressed in white stood beside them. 11 “Men of Galilee,” they said, “why do you stand here looking into the sky? This same Jesus, who has been taken from you into heaven, will come back in the same way you have seen him go into heaven.”

For us Methodists, one day after Wesley Day (24th May), when we remembered John Wesley’s ‘heart-warming’ experience, and the coming of the Spirit in a new way into his life, we found ourselves marking Ascension Day in what will always be, for me, an unforgettably moving way.

On Monday 22nd May this week, a terrorist claimed the lives of 22 precious, beautiful children, young people, adults, and injured many, many more, as Ariana Grande’s concert at the Manchester Arena came to an end.

Maybe because the first two named victims, Georgina Callander and Saffie Rose Roussos, are so very closely linked to our small, yet deeply passionate town of Leyland….

Maybe because a great number of our own children and young people were at the Ariana Grande event at the Arena on Monday evening, and our local schools and Runshaw College have worked incredibly hard this week to make space for difficult conversations, and marks of respect for those deeply affected…

Maybe because many of us have been to the Arena to events and concerts, and see how easily it could have been one of us…

Maybe because so many wanted an opportunity to stand against the powers of evil, which seek to destroy, divide and cause fear and despair, and to stand for love, peace, unity, community…

well over a thousand (some estimated 2,000), came to Worden Park at the end of normal working day, on the last day for students from Runshaw College, for a vigil in the blazing sunshine.

After moving words from our new Mayor, Mick Titherington, and thoughtful contributions from Father Jonathan Cotton (St. Mary’s RC Church), Rev’d David Gibb (St. Andrew’s C of E) and Pastor Sandra Crawford (Leyland Baptist Church), I felt deeply honoured to have been entrusted with the incredibly well-worded message from the small but highly valued, respected and loved Muslim community here in Leyland, renouncing the evil of the terrorists as ‘not in the name of Islam’, and committing to remain united within our town’s great community.

I saw the power of music to touch people deeply and move us to tears, unlocking those deep emotions, and as ‘The Lord’s My Shepherd’ rang out across the large crowd, I could barely sing through tears,
‘Although I walk the darkest path, I will not fear the evil one
For You are with me, and Your rod and staff are the comfort I need to know –
and I will trust in You alone…’

Towards the end of the song, our incredible local emergency services came and stood in front of the crowd – ambulance, police and fire service women and men – and we were led into a beautifully held minute of sheer silence.

Then, silently, many pink balloons were released, and the whole crowd turned and watched the balloons slowly drift further away into the cloudless sky, until we could see them no more… 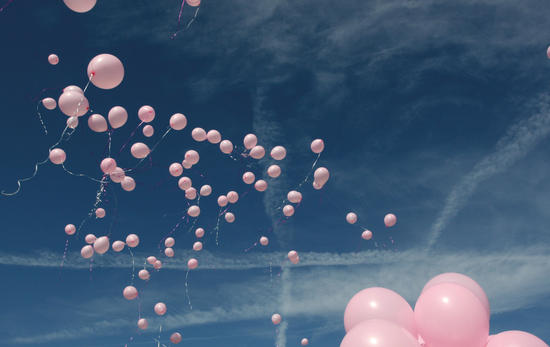 …and I remembered this Ascension Day verse
‘He was taken up before their eyes, and a cloud hid Him from their sight’
and a line from our funeral service prayers
‘Father of us all, we pray for those we love but can no longer see – let Your light shine upon them…’

I guess, as Jesus’s disciples continued on their roller-coaster experience of loss, hurt, despair (Jesus’s death), shock and confusion turning to joy and celebration (Jesus’s resurrection and appearances over 40 days), and then the pain of separation again (Jesus’s ascension), they gained great strength and purpose in their unity, their standing together, praying together, believing in His words, His promises together.

And I felt the Spirit of God whisper, as the balloons in the park disappeared into the sky, and an emotional crowd gazed towards the heavens,
‘never forget this beautiful moment – Leyland’s ascension day, 2017 – shared with so many – and wait until you receive the power (dunamis / spiritual dynamism) from above, and are baptised with the Holy Spirit, which will enable you to be my witnesses to the ends of the earth’

I think the people of Leyland – the ordinary fantastic community / family within our town, alongside local councillors, SRBC officers and staff, emergency services personnel, many volunteers who made the vigil possible at incredibly short notice, and the Churches Together in Leyland (celebrating our ‘Week of Prayer for Christian Unity’ this week) –
I think we were an incredible witness – via social media, radio (Radio Lancs / Leyland Festival Radio) and television (BBC North West / ITV) – to the power of standing together, looking heavenward, praying as one.

A thank you message from Georgina’s family was so poignantly read out by Jamie – one of a number of people behind a social media (facebook) group requesting a vigil – and so we continue to pray for the Callander and Roussos family, and for all the families affected across our region, that they may know the strength of loving support from our communities, and our desire to stand with them, and with all who suffer as a result of Monday’s atrocity, seeking the comfort, peace and presence Jesus promises to bring, to all who look for Him.

Ariana Grande’s ‘One Last Time’ was played, following all the thank-yous which were rightly spoken out by our Mayor, Mick, as we acknowledge how much this tragedy had affected that young, popular artiste. I have felt so much for Ariana this last week, aware of her tweets, and the expressions of her brokenness, and the responsibility artists and celebrities can feel for the crowds of supporting fans they attract. May she, also, know the love, grace, peace, and presence of our God, by His Spirit, in these days.

My reflections upon Ascension Day 2017 – a day which will remain long in my memory, and which, we continue to pray, will bring healing and hope to the amazing people of our town, and the families so deeply affected. 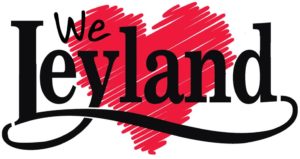