‘All these with one mind and one purpose were continually devoting themselves to prayer, waiting together, along with the women, and Mary the mother of Jesus, and with His brothers.’ (Acts 1 v. 14)

Peter explains the need to replace Judas, and complete the band of twelve disciples, by choosing from amongst those present –

‘So of the men who have accompanied us during all the time that the Lord Jesus spent with us, beginning with the baptism by John until the day when He was taken up from us—one of these men must become a witness with us to testify of His resurrection.” And they put forward two men, Joseph, the one called Barsabbas (who was surnamed Justus), and Matthias. They prayed and said, “You, Lord, who know all hearts, thoughts, motives, desires, show us which one of these two You have chosen to occupy this ministry and apostleship which Judas left to go to his own place.” And they cast lots for them, and the lot fell to Matthias; and he was added to the eleven apostles.’ (Acts 1 v. 21 – 26)

NOTES
As the disciples wait, with the other followers, they commit themselves to pray together (‘continually devoting themselves to prayer’) – I love the sense that they were one in mind and purpose. This was a season of ten days for them (Ascension to Pentecost) when they were waiting for the promised gift of the Spirit, and they were bound together in their longing, hoping, waiting, and in their obedience to the risen and ascended Lord.
Is it a coincidence, then, that before seasons of revival or renewal in God’s people, throughout history, often a season of dedicated prayer, persistence in seeking God together, a passionate commitment to ‘wait on Him’ can be identified?
Jesus’s mother and brothers are present – whereas they had appeared in the gospels, at least wary of Jesus’s ministry (and perhaps opposed to it), here they are fully convinced of the resurrection of their son / brother. They are part of the early church, right from the start, witnesses of Jesus’s resurrection.

There are aspects of the choosing of Matthias that intrigue me :
– why was it necessary to fill the twelfth place (vacated by Judas)? Perhaps they had a strong awareness of the link to the twelve tribes of Israel to provide their shape / number. However, it does makes sense to fill the team which Jesus established, especially with someone who has been with them from the start, and had been an eye-witness at all the events of the last three years
– I smile at the choice before them : ‘who do we want to have in the band of apostles / core team? Matthias or Justus (just us?). In our groupings, are we able to look beyond who we already have, and seek to add another to build the team (there might be a danger in wanting to remain ‘just us’)?
– casting lots seems an odd way, to us, to make a wise choice, but they were able to choose between two equally worthy candidates, they prayer together and entrusted the choice to God, then flipped a coin / drew straws / cast lots. William Barclay suggests that this would have involved names written on stones, the stones placed in a bag or box and shaken until one falls out. On Sunday, in our 9.30a.m. service, we wrote our names on stones, and considered, at the start of a new church year, if we were willing for our names to be in ‘the hat’ – willing to offer ourselves to serve God in whatever way He chose, this year? 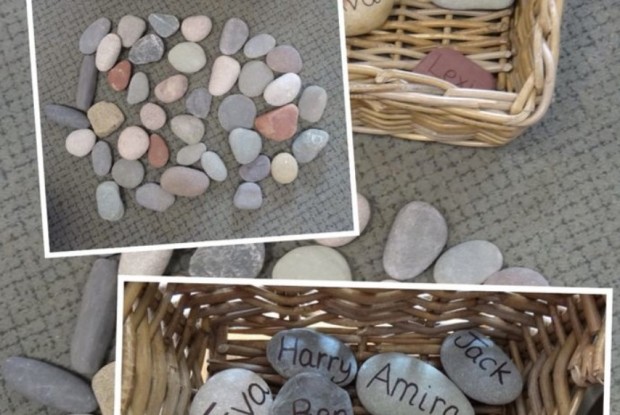 PRAYER (Methodist Covenant Prayer)
I am no longer my own, but Yours, Lord
Put me to what You will
Rank me with whom You will
I freely and wholeheartedly yield all things
to Your pleasure and disposal.
And now, glorious and blessed God
Father, Son and Holy Spirit
You are mine, and I am Yours.
So be it.
AMEN.