3 v. 1 Now Peter and John went up together to the temple at the hour of prayer, the ninth hour.
2 And a certain man lame from his mother’s womb was carried, whom they laid daily at the gate of the temple which is called Beautiful, to ask alms from those who entered the temple;
3 who, seeing Peter and John about to go into the temple, asked for alms.
4 And fixing his eyes on him, with John, Peter said, “Look at us.”
5 So he gave them his attention, expecting to receive something from them.
6 Then Peter said, “Silver and gold I do not have, but what I do have I give you: In the name of Jesus Christ of Nazareth, rise up and walk.”
7 And he took him by the right hand and lifted him up, and immediately his feet and ankle bones received strength.
8 So he, leaping up, stood and walked and entered the temple with them—walking, leaping, and praising God.
9 And all the people saw him walking and praising God.
10 Then they knew that it was he who sat begging alms at the Beautiful Gate of the temple; and they were filled with wonder and amazement at what had happened to him.
(Acts 3 v. 1 – 10 NKJV) 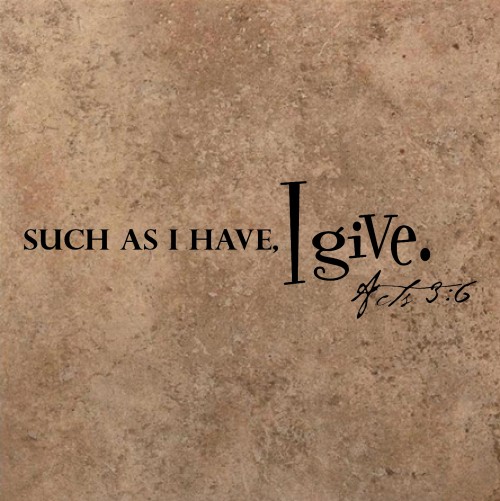 NOTES
Fresh from Peter’s preaching, we have him involved in a miraculous healing – authenticating the ministry of Jesus within himself – word and deed, teaching and healing.
Note the importance of the eye contact in this passage – ‘fixing his eyes on him’…’look at us’…’he gave them his attention’. Simply stopping and engaging the man, looking into his eyes, was an important first step in listening to what the Spirit was saying, in relation to this man.
I’ve always been intrigued by Peter’s words, ‘what I have I give to you…’. What is it that Peter has at this moment in time, to give to the man? He has a new openness to what the Spirit is longing to do. He has faith in the risen Lord Jesus who has called, sent and equipped him. He has the name of Jesus, in which there is power and authority. He has time, and prayer, and an availability to what God might do for this man.

The man is healed, and goes walking, leaping, praising God.
And many are filled with ‘awe and wonder’.
A beautiful thing happens at the gate called Beautiful.

PRAYER
May our eyes fix on You, Lord,
the author and perfecter of our faith.
May our eyes see what You see, Lord,
when our gaze is met by another.
May Your Spirit lead us to appreciate
the opportunities You give us every day
to make space and time available
for You to move mightily
in awe and wonder
in the lives of those
we encounter.
What we have received from You
may be ready to give.
Fill us with Your Spirit
and may Your kingdom come.
AMEN.